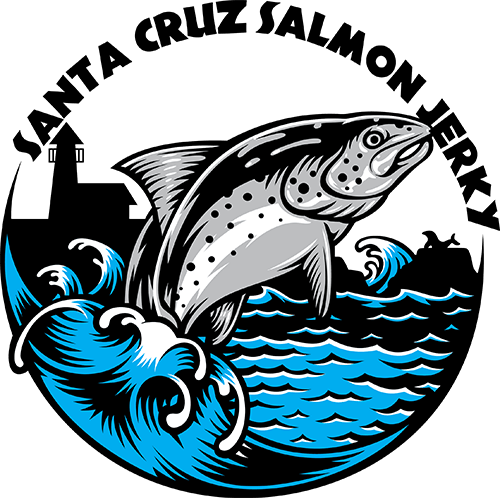 Get to know us better

We are santa cruz salmon jerky!

Whose snackin’ on Santa Cruz Salmon Jerky?  Top Row:  Danny Hart and Ashton Madeley, Bottom Row:  Alex Walther and Tyler Fox.  Our Salmon   Jerky is filled with Omega 3's, the good fat you need and  loads of protein to keep you pushing through.

As a young boy, Casey was exposed to sports, seafood and the ocean along with parents who had a serious drive to become successful in the seafood industry.  They wanted to set a good example of how hard work and dedication would eventually bring success.  So it was inevitable that Casey would follow in their footsteps of either sports or food and nutrition.  Casey’s maternal grandfather was from Lafayette, Louisiana.  He was also an entrepreneur and owned part of a shrimp processing plant.  Continuing in the seafood industry was a natural for his parents.

The family began selling seafood on the side of the road on a trailer secured with freezers and a generator.  His parents eventually signed on to sell at many farmers markets, traveling several days a week, throughout the Bay Area.  After many years on the road, the family decided to settle down and open a fish market, which is now The Fish Lady, where all the fish smoking began.

Casey had a passion for the ocean and sports.  After many years of participating in several sports, Casey realized he had a great talent in the sport of tennis.  The young man was loaded with talent and started to have much success.  He would become a Northern California ranked Jr. Tennis player.  He played at a competitive level throughout his teens and eventually would play high school tennis at Aptos High School, where he was the #1 ranked player, all four years.

Along with his high school accomplishments, he continued his personal goals of playing competitive tennis on the Nor Cal tour.  Casey chased his dream of possibly becoming a Pro Tennis player one day.  In his senior year of high school, Casey had been receiving many letters of interest to play college tennis; however, having struggled with achieving high test scores on the D-1 and D-2 colleges, Casey was faced with the decision to stay local and play for Cabrillo College.  This turned out to be a great decision.  He made great friendships and played with some of the best local competitors.  They won the state championship for Nor Cal and went on to compete in the State championship, losing to Southern California, by a margin.  Following his college play at the young age of 21, Casey gave professional tennis a run.  After two difficult years of intense training and traveling, he discovered just how grueling the competitive circuit was.  So he hung up his racquets and started working for the family business, The Fish Lady.  Taking special interest in the art of smoking salmon, Casey’s passion launched the idea of a gluten free jerky product.

A couple of years passed and Casey moved out to Sand Dollar Beach, where he would meet a neighbor, Jeremy Klaniecki.  They both enjoyed surfing and the outdoors in the small town of La Selva Beach and Aptos where Casey spent his boyhood, both small suburbs of the south end of Santa Cruz County.  On more than one occasion, Casey and Jeremy would find themselves running into each other at the pool and hot tub located on their property.  They began spending time with each other, sharing friendly conversation, interests and ideas.  They became fast friends.  Casey told Jeremy about the family business he had worked for several years, and emphasized the specialty of smoking salmon jerky.  After sampling the tasty snack, Jeremy exclaimed “Dude, why aren’t you marketing this everywhere!”  Casey shrugged and Jeremy laughed!  In the weeks to follow, Casey would decide to pull the trigger and launch his product…..Santa Cruz Salmon Jerky was born!

Hi, my name is Casey Cowden and I am committed to providing you with the finest Salmon Jerky available!  I use only the highest quality Wild King Salmon, marinated in the best gluten free teriyaki glaze available.  Take one bite and I guarantee you will be HOOKED! 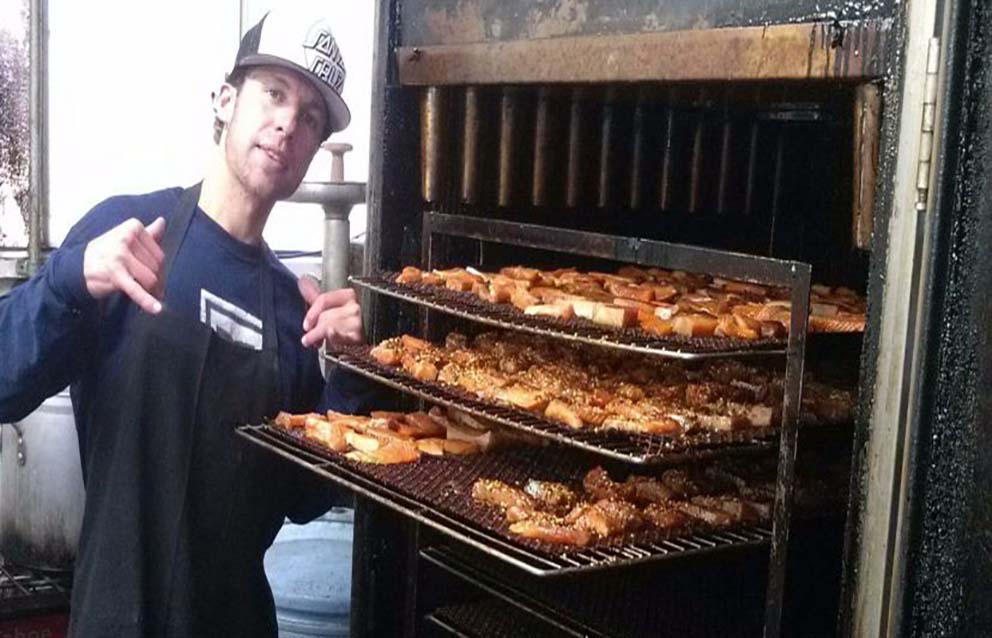 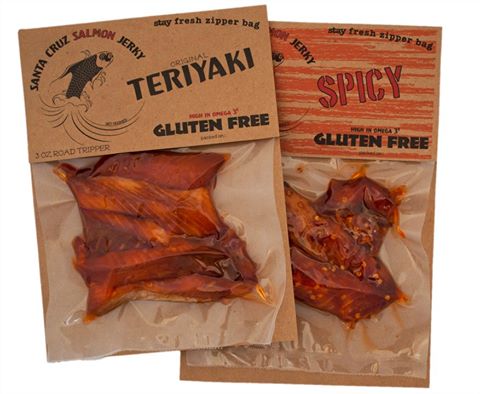